Bereaved families offered lifeline to unlock £2bn worth of estates

Inheritance lending specialist, Tower Street Finance, has launched an Inheritance Tax (IHT) Loan to help the thousands of families each year who are denied access to their loved-one’s legacy because they can’t afford the tax bill.

IHT must be paid before a court can release an inheritance to beneficiaries of a Will. But each year around 2,000 families are unable to afford the average up front IHT bill of around £200k.

Regulated by the Financial Conduct Authority, the Tower Street Finance IHT Loan solves the problem by providing a loan, which is paid directly to the Inland Revenue, allowing families to start the legal process and receive their inheritance.

Tower Street Finance managing director Andrew Bartle said: “Our IHT Loan provides a lifeline for people who are facing a huge tax bill when a loved one dies.

“It’s a catch-22 for thousands of families each year, they can’t access their legacy until the tax bill has been paid but they don’t have the money to pay it until they’ve received their inheritance.

“Our IHT Loan, which has no monthly repayments and no credit checks, is a risk-free way for these families, and their legal representatives, to access the £2bn (1) a year we estimate is tied up in ‘locked estates’ as well as accelerating the receipt of £400m (1) in tax receipts for the Government.”

Property and assets can pass between married couples and those in a civil partnership without attracting a tax bill on the death of the first person.

The Tower Street Finance IHT Loan is a unique solution for these families that can be applied for by the executor of the Will, or the person applying to be personal representative where there is no Will. It offers:

The loan is repaid from the estate funds once the Grant of Probate has been issued. There is a 2 per cent origination fee (capped at £1,500), which can be added to the loan, and a yearly interest rate of 19.6 per cent. Interest roll up is capped at 30 months.

The IHT Loan is the second product from Tower Street Finance. It also offers its award-winning (2) Inheritance Advance, a product for beneficiaries who want to access their inheritance more quickly than the 9 to 12 months it usually takes.

If 8 per cent of those estates could not afford the inheritance tax bill that would mean around 2,000 were locked and beneficiaries could not access the assets.

(2) Inheritance Advance won the Innovation of the Year Award at the British Wills & Probate Awards held in October 2020, hosted by Jennie Bond. 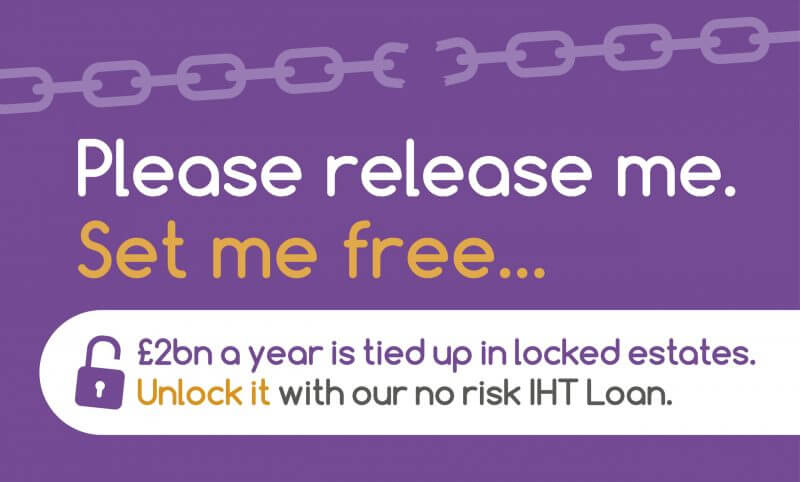