Probate process inefficient according to nine out of ten legal professionals

New research has revealed 93 per cent of legal professionals think the probate process is inefficient.

The survey, carried out by Exizent and Today’s Wills and probate, asked legal professionals for their views on performing executry work with their current tools.

And only one in three said that the time it took to prepare probate was reasonable.

The respondents were asked what causes the most delays in the probate process. More than half (56 per cent) said it was waiting for responses from institutions with 50 per cent saying they’re often left waiting for up to eight weeks. The next thing causing delays was ‘admin’ at 27 per cent; this is despite 64 per cent of firms operating specialist probate teams to deal with the process.

Lockdown has also taken its toll with 73 per cent saying it has delayed things further.

Dicky Davies, business development director at Tower Street Finance says: “This backs up our own research when we designed the Inhertiance Advance product. We know that delays in the probate process are something beneficiaries are often not anticipating when a loved one dies. Our research showed that it’s an average of 9-12 months before any funds are distributed, even for quite straightforward estates.

“And in many cases in the current economic climate, they need their money now to pay off debts or even just to use for normal living expenses. Our product means people can access a proportion of their inheritance much sooner.”

Often people turn to probate loans which are like a traditional bridging loans, but Interitance Advance is unique in that there are no credit checks, no monthly repayments, no charge over a property and no risk to the beneficiary. There doesn’t even need to be a Will. 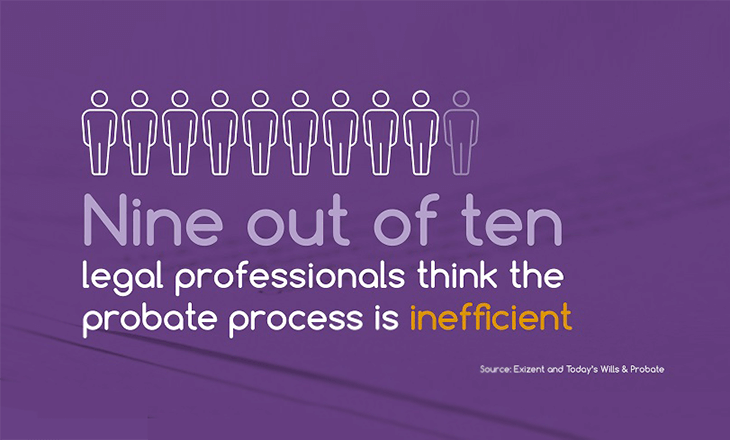