The drama that continues to highlight the need for TSF products

The team at Tower Street Finance (TSF) have kept an eye on the plotline, which at times has seemed like a drama-based advert to highlight the need for its products!

Harry’s bank accounts are frozen until probate is granted, he died intestate but had given the family home to his parents, there are difficulties paying the IHT bill, and a new beneficiary has emerged.

These are situations the TSF team hear about day in, day out from its customers and partners, so it led them to question whether the story was based on a real-life experience.

Well the simple answer is ‘no’.

Roger Goldby who co-wrote the series explained the thinking behind the storyline: “I was toying with how to tell a story about what happens to us when we die. Is heaven or hell the memory/legacy we leave behind? Then I just came around to grief. It seemed such a simple notion that touches everybody. To look at the person who is left behind and the effect of the death on that person. Something that touches us all yet still something of a taboo to discuss and confront openly.

“Alice is grieving, but also having to deal with the mess, financial and emotional, left behind after the person’s gone. We’re not shying away from any of the pain but we’re also embracing the humour that comes with the pain.”

Dicky Davies, Tower Street Finance business development director, says: “A similar story sparked the ‘lightbulb’ moment which led to our business being formed. We heard about a situation where a widow was struggling both with grief and the financial and complex family situation that was left behind after her partner died and could have really benefited from one of our no risk products to be able to move on.” 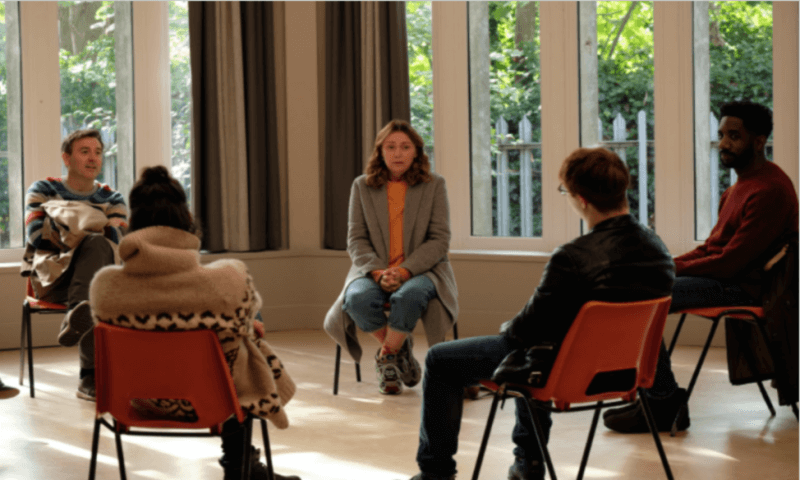